After my annual scuffling with the Google chart API, I can post the summary graph of nesting activity for 2021. There’s a gray vertical bar for 2020’s missing data.

The true Wood Duck numbers (blue track) are higher, because I did not include two boxes of uncertain disposition: one for which we never got a good egg count, and one dump nest of 25 eggs that didn’t show sufficient evidence that 24 of the eggs had hatched. I found one dead duckling and not much else.

Better late than never, here’s the graphic of nesting success for the spring season. The Wood Duck number is a minimum. We had two nests for which we never took a good count of eggs, and a third nest that perhaps was predated. I did not count these nests in the year’s total.

I started with open reel analog recording, made the transition to digital, and moved into virtual studio recording. And the new editions of textbooks keep coming.

My final report for the ducks and mergs team this season:

Well, our box score for the season shows a lot of at-bats but not too many runs across the plate. The mergansers started 10 clutches but only hatched 4; the Wood Ducks started 5 but only completed 1. We had evidence of predation in only 1 box (raccoon, #60). A possible hypothesis to explain the high rate of nest abandonment by the mergansers is simply that there were too many birds chasing scarce resources.

The egg and hatchling counts are similarly depressed: 139 eggs laid by the Hooded Mergansers, with 52 hatched (37%); 34 eggs laid by the Wood Ducks, with 7 hatched (21%). Summary worksheet from our monitoring.

A recap of the boxes: I applied some insulating foam to patch gaps in boxes #1 and #3. Boxes #4 and #7 should be replaced. A map of nest box locations.

Tiny little box #5 was put to good use this year! It was the site of our single successful Wood Duck nest. During (10 June) at left and after (24 June) at right.

Monitors, thank you for all your help!

From my summary report to the team:

As for predation by the snakes, I wouldn’t move any of the boxes just on the evidence of this season. Last year it was boxes #1 and #3 where we had a problem; this year it was #7 and #62.

Local conditions around box #69 have changed. Past years, it was overrun with Typha sp. by mid-May. This year, it remained clear of veg.

As for nest structures for Mallard and American Black Duck, let us know where you’ve placed them and we will try to work them into our monitoring routine. My references show that the nesting season for these birds extends later into the summer, so we would have the opportunity to extend our work season.

A pattern that I’ve noticed over the years is that the fledge-to-eggs ratio for Hooded Merganser is usually higher than that for Wood Duck. A couple of hypotheses:

(1) Since the mergs start laying eggs a little earlier than the woodies, perhaps they out-compete them and occupy the more favorable boxes for that year. (We don’t see that one species is particularly faithful to a box, and indeed since we see a few mixed clutches, a box may be considered favorable by both species.)

(2) We are more likely to see “dump” and “drop” nests for the woodies: boxes with 20+ eggs. And with these jumbo clutch sizes, it’s more difficult to incubate all the eggs sufficiently.

We bounced back from the dismal 2015.

From my final report to the team:

It seems like every year I get this final report put together later and later. At any rate, this was a much more successful nesting year for our Wood Ducks and Hooded Mergansers.

Of our 16 boxes that we monitored, we had 16 nests started. That is, one box had a double brood and only one box this year was not used. Of the 16 nests, 13 were (predominantly) Wood Duck, and three Hooded Merganser. (We often have some eggs from the other species in the nest, which messes up the recordkeeping that I submit to the Cornell Lab.) And of the 16, 13 fledged at least some young, one failed, and two I’m just not sure about. The two questionable boxes are #1 and #3, near the tower. When we checked on 8 May, the evidence indicated predation, but when we visited on 22 May, I saw evidence of membranes, indicating that some eggs had hatched.

Thanks again, everyone, for the hard work, and we’ll see you in February/March! When it should be colder.

Today’s not his birthday, but hats off anyway to Frederick Vernon Coville, commercializer of blueberries. 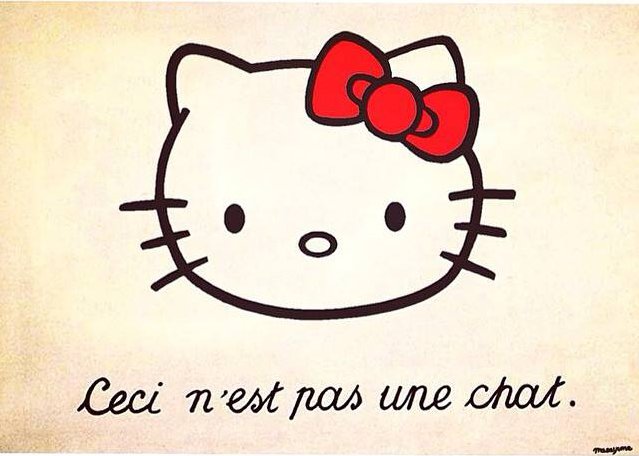 We wrapped up the nesting season two weekends ago. The Wood Ducks bounced back after a couple of slower years. I’ve noticed a pattern recently: not only do the Hooded Mergansers get started earlier, but overall they tend to fledge a greater percentage of the eggs they lay—85% or better, seven of the last nine years. The Wood Ducks, on the other hand, are subject to dump/drop nests that don’t fledge anything. (One such nest a year is typical for us, out of 15 to 20 boxes being monitored.) In six of the same past nine years, our fledging rate for woodies has been 67% or lower.

The sanity-checker script at NestWatch is skeptical that we have mergs laying 14 eggs in a clutch, and laying as early as the last days of February. I invite the Lab scientists to come check the boxes for themselves.

I took a new camera with me to the park: it’s still a happy snap, but the optical zoom is better suited for quick shots of butterflies. The spangles on the underside of the hindwing of a Speyeria cybele are not usually the first thing you see, but they are diagnostic for ID.

Paul and I checked all the boxes last week and counted eggs for the remaining three nests. Swamp Rose (Rosa palustris) was in bloom, attended by various pollinators and other hangers-on.

The Hooded Mergansers continue to be more successful in our 16 boxes. We saw 7 clutches that were primarily merg, yielding 103 eggs, hatching 92. The Wood Ducks produced 6 clutches, laying 72 eggs but only hatching 48. Of the 13 total clutches, there were eggs of the other species in 4 of them. Our combined species total of 140 ducklings is the maximum over the 30-odd years that we have data for.

The two boxes that were relocated in preparation for the construction project (#77 and #6) were both successful. Box #13 had eggs
laid in it over a period of about 6 weeks, from 1 March to 13 April. In the end, 11 of the 14 eggs hatched.

So I will start by confessing that this IS a mass email asking you to support a good cause, but please read because all I am really asking you to do is sign up to see a movie, and who doesn’t love movies? My roommate and I have undertaken to bring a beautiful new film, Girl Rising, to the Majestic Stadium movie theater in Silver Spring on Thursday April 25th at 7:30 pm, but we need your help.

The film was created by 10×10, a global campaign to educate and empower girls. Girl Rising tells the stories of 9 girls from around the world who face and overcome – unbelievable obstacles on the path toward getting an education. Each girl’s story is narrated by a cast of great actresses, including Meryl Streep, Kerry Washington, Anne Hathaway, Salma Hayek, and Alicia Keyes (among others)– and the cinematography is stunning. I am truly excited to be part of helping to get this film screened (an effort that is happening across the country) and to be involved in a global effort for girls’ education.

You can watch the trailer here (it’s worth it, I promise!)

The film will only be screened at the Majestic if at least 100 people sign up to see it. You can sign up to buy a ticket for the movie here (not to worry, you will only be charged for your ticket if we succeed in booking the screening). We need 100 people by April 11th in order for them to screen the film, so please don’t wait to sign up!

A portion of Girl Rising ticket sales will help fund programs for girls’ education around the world, so seeing the film literally makes an impact on girls’ lives. For a mere $10 you get a night out at the movies and the the lovely warm feeling of knowing you’re contributing to positive change in the world. (A steal, I’m sure we can all agree). So get a group together (a BIG group), tell ALL your friends (please!) and come see a beautiful movie and be part of something special.

A new season of nature blogging, and I’m thinking I should jazz up the brand a little bit, maybe add a little more sizzle. Something like this:

Generated by the PULP-O-MIZER ↬ The Endeavour

I finally got my recordkeeping caught up for the Wood Duck/Hooded Merganser nesting season. Heck, most of these birds are probably on their way to Florida and points south by now.

The birds made good use of the boxes this year, especially the two new ones that we installed in February. In 16 boxes, we had 12 nesting attempts, all of them successful. No dump nests: our largest clutch was a combined Wood Duck/Hooded Merganser nest with 18 eggs, of which 16 hatched.

The mergs continue to produce more than the woodies for the third year running. 70 HM eggs laid, 63 hatched; 57 WD eggs laid, 46 hatched. The count for the woodies is probably a little low, as we had one box where we never did get a complete egg count. The Wood Ducks made as many nests as the Hooded Mergansers (5 each, with 2 mixed), but their clutches were, on the average, smaller.

To illustrate my point about Deon’s word choices, here’s a word cloud of his entire text, common words omitted and one possessive collapsed.

Hosted by DreamHost, with special thanks to Brett. Header via Google Fonts. Copyright © 2022 David L. Gorsline. All rights reserved. The opinions expressed here are my own, and not necessarily those of my employer or any other organization.